At 60 years old, Margaretia Mwale was supposed to live her golden years simply, at home looking out for herself and her husband, with regular visits from her children and grandchildren, some of whom stayed in the community. Life would be hard, but at least her five kids were all grown up with their own families, and she only had to care for herself and her husband. At least that’s how things were supposed to be, and then one of her sons passed away from complications from anemia. Margaretia and her husband took in her son’s six kids, and life became more difficult.

Water was the main challenge. Margaretia lives in a rural Malawian community called Chimphako, with a population of about 250 people. Margaretia settled in the area in 1981 when she and her husband sought a place to farm. Chimphako offered land and a place where they could raise their family, even though there was no electricity and water was only available in a distant creekbed. Still, at least they could live off the land and get by, like 82% of the population (16 million people) living in rural Malawi. It would take Margaretia two hours to collect water, and she would do this twice daily. Still, the water was never enough, and it was never clean. 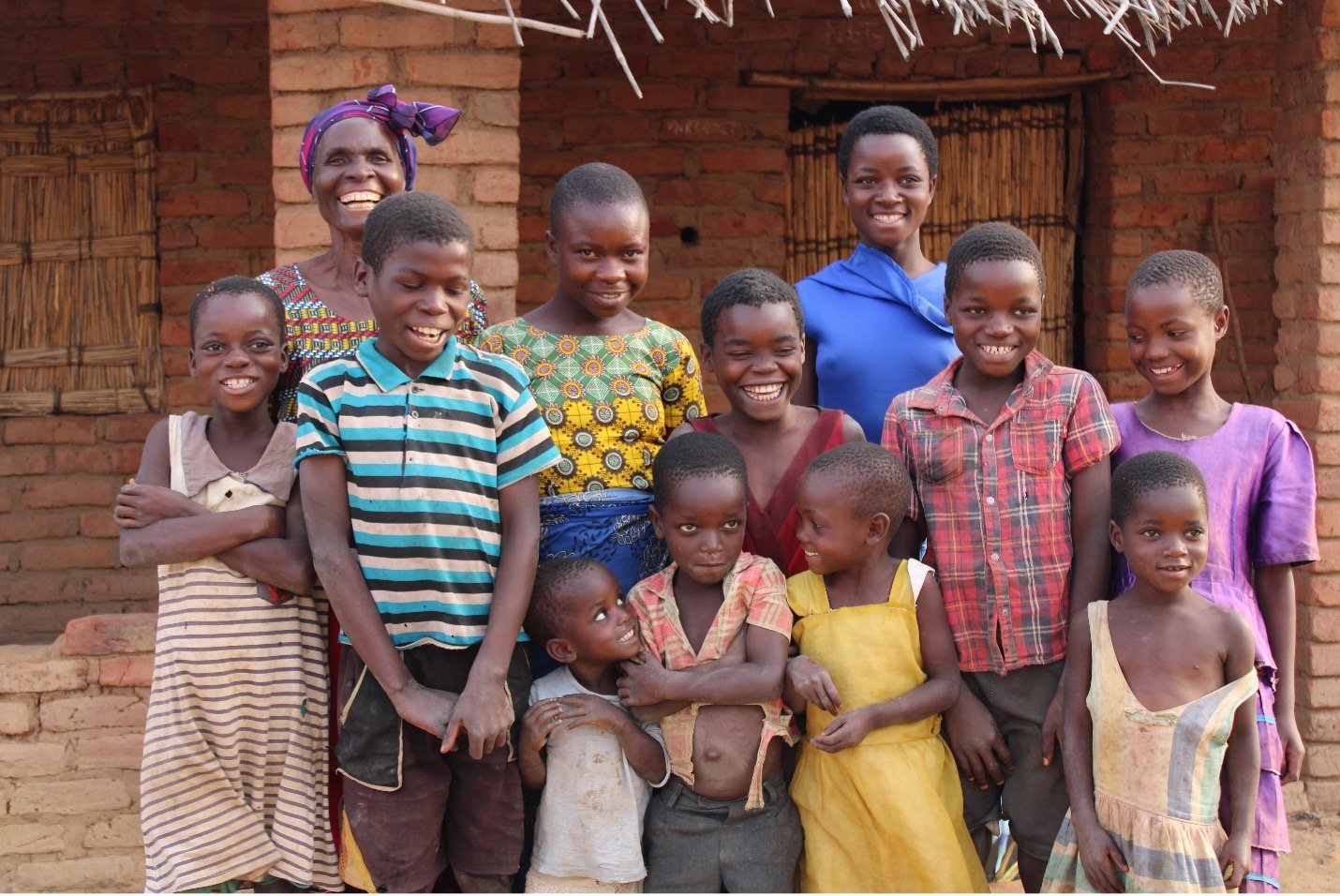 Margaretia (back left) with some of her grandchildren.

In the dry season, it was even more difficult. When the water levels were low, Margaretia said she would sleep at the creekbed waiting for the water to come. Otherwise, she would have to compete with other women to find water, sometimes leading to words being exchanged, and even fights. Additionally, the water she was collecting was causing her to suffer from waterborne illnesses like diarrhea. The situation was terrible, and now she had six more bodies needing water. She needed to spend time with her grandkids, not constantly be out searching for water. 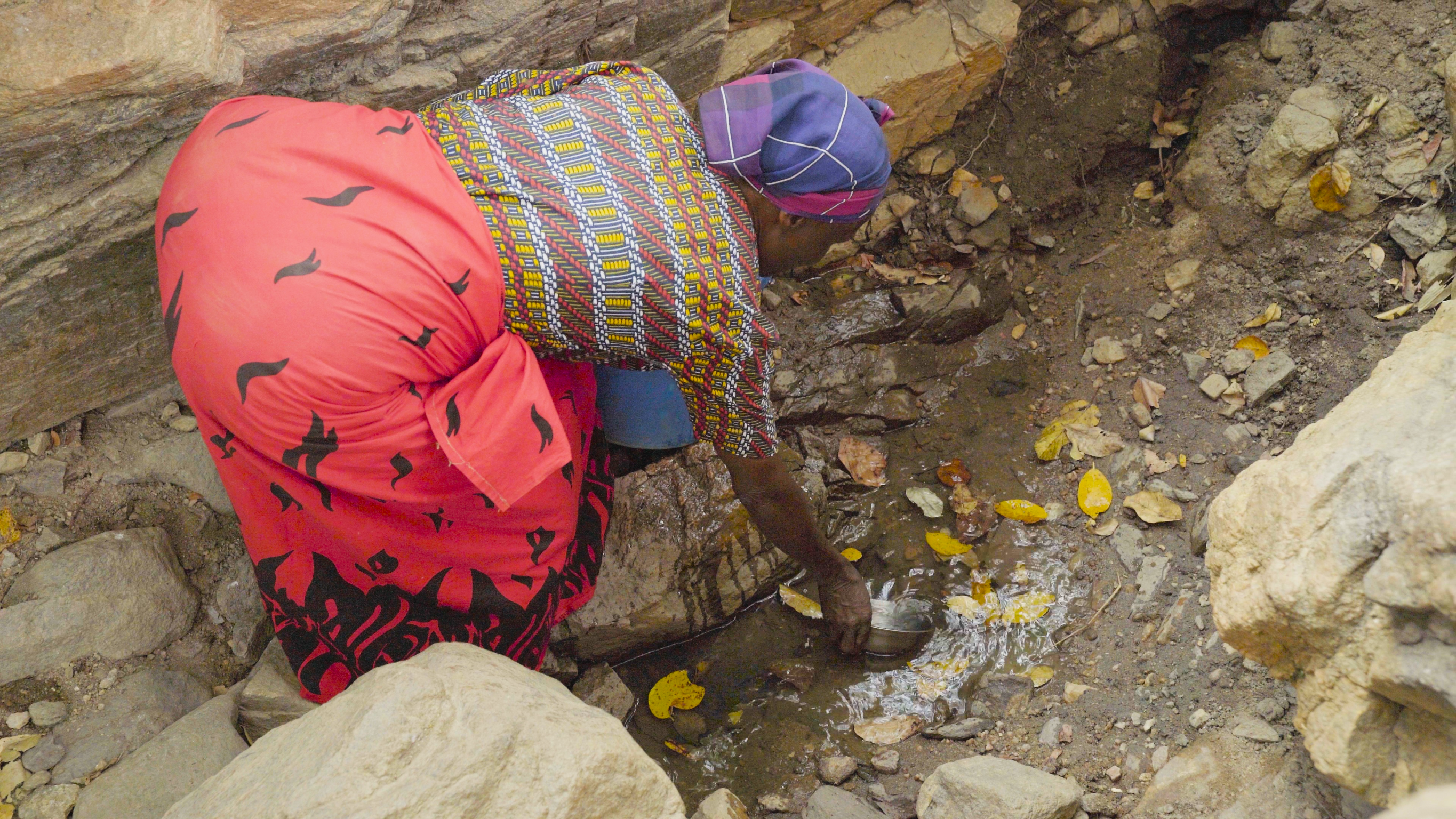 Margaretia shows us how she used to collect water from a local creek bed, prior to the completion of a Sonder well.  In the dry season she would sleep near this source so she could find enough water to survive.

“I was feeling pain all over my body,” she said.

But, we are happy to say that is the past. In August 2022, The Sonder Project drilled a well in Chimphako, and Margaretia’s life transformed.

“The body pain is gone,” she said. “I have more strength now,” said Margaretia. 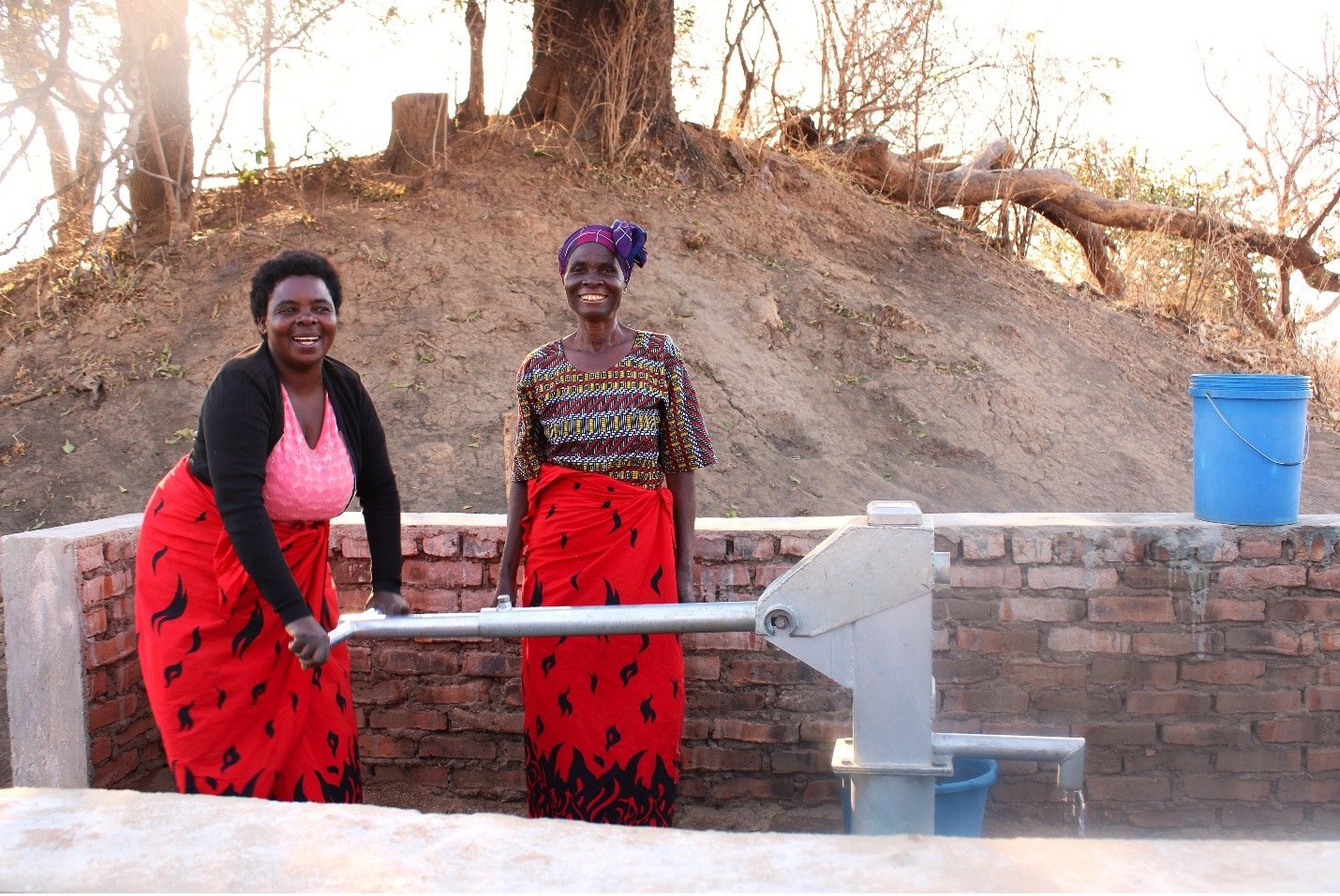 Margaretia collects water at the Sonder well with another member of the Chimphako community.

She lists off all the benefits the new Sonder well has unwrapped: her stomach doesn’t get sick nearly as often, she has more energy to work on her farm, the community women now celebrate together when collecting water, she has been able to start a small garden she can maintain year-round, she can sleep more, and she has more time to focus on her grandkids. 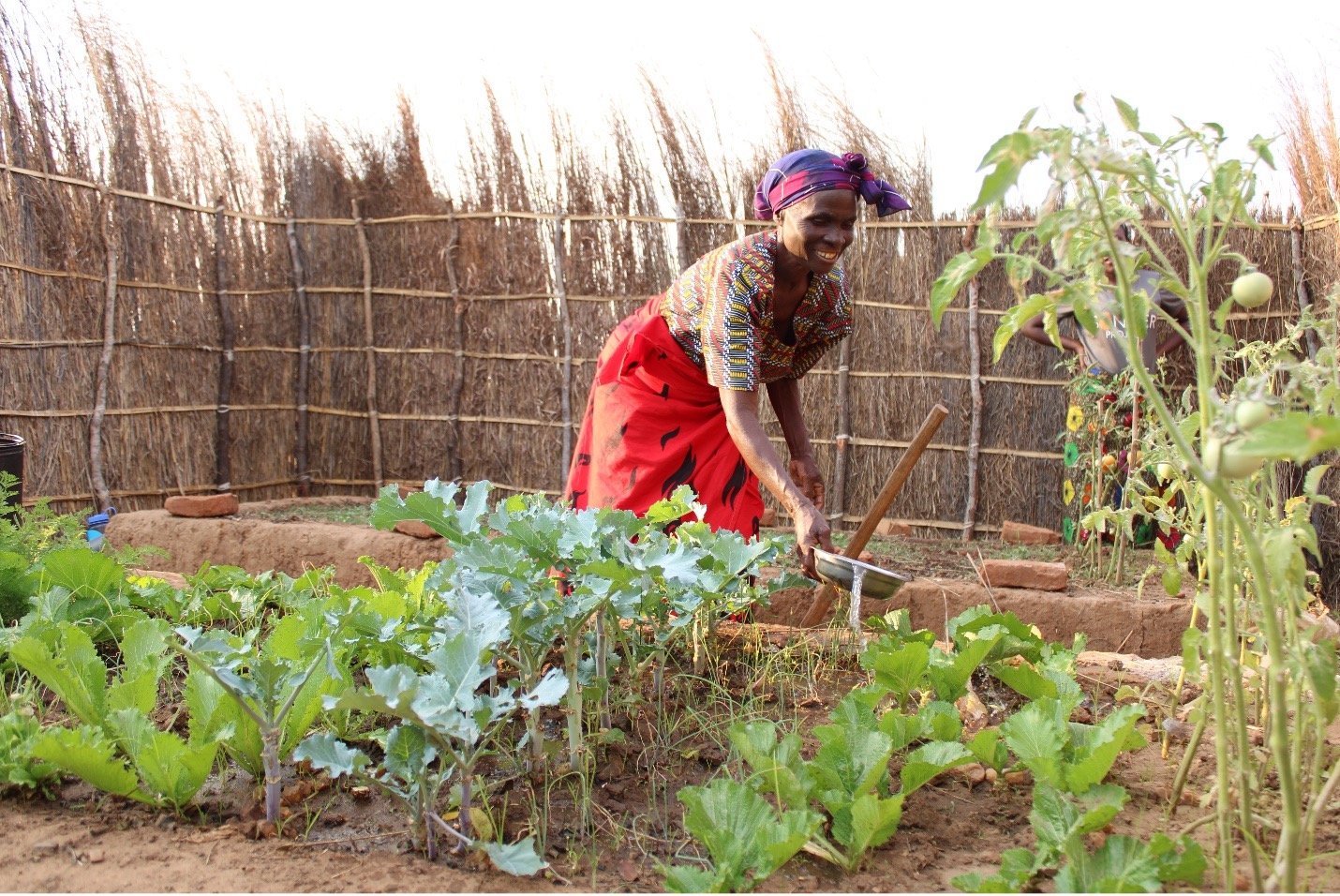 Margaretia started a year-round vegetable garden for her family now that she can collect water as often as she wants.

“I used to really focus on collecting the water we needed for each day. I can focus on my family now. I have more strength,” she said. “We are living in peace now,” she added. 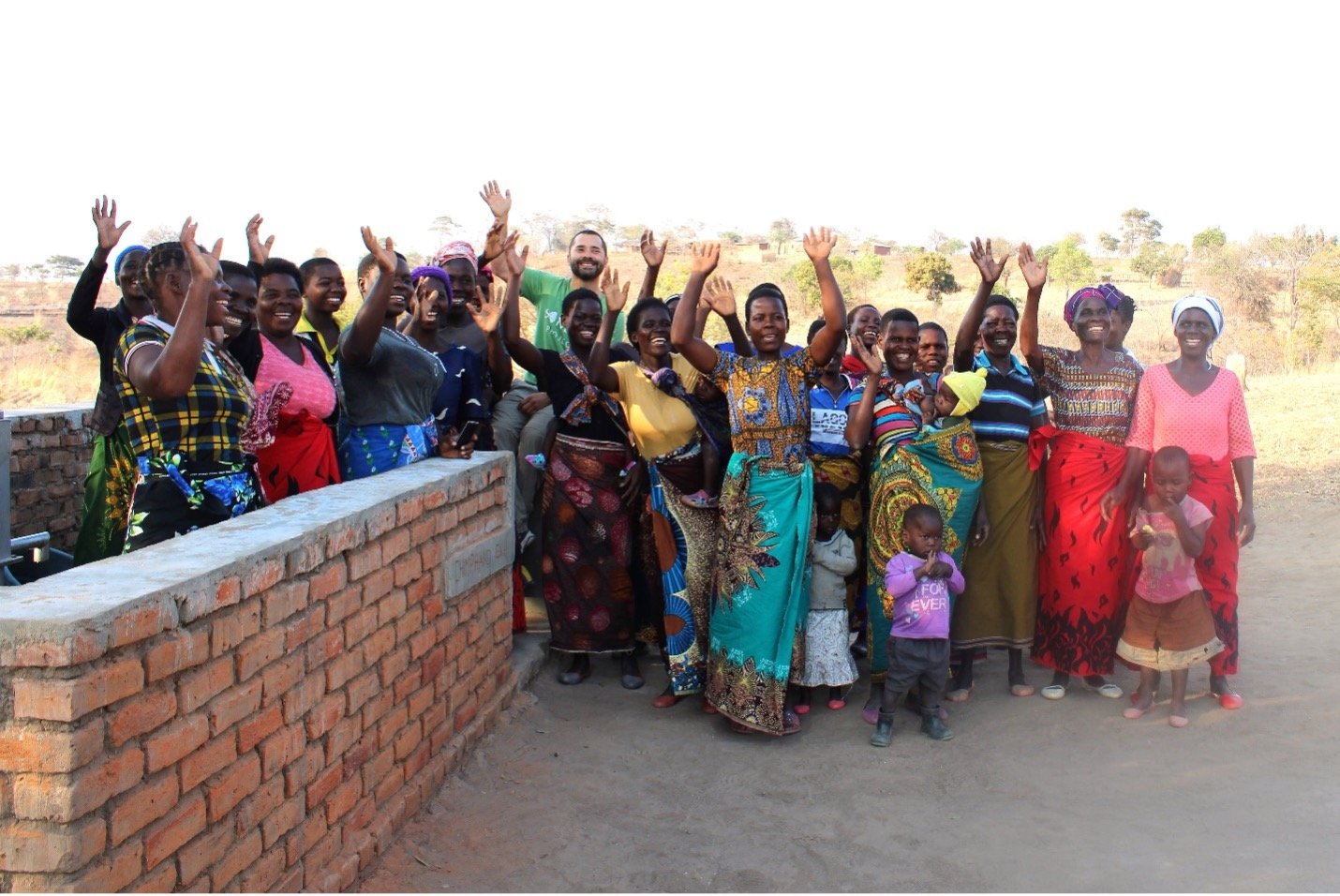 Women from Chimphako gather with The Sonder Project’s CEO, Chad Zibelman (back center in green), for a photo at the completed well. Margaretia is second from the right. 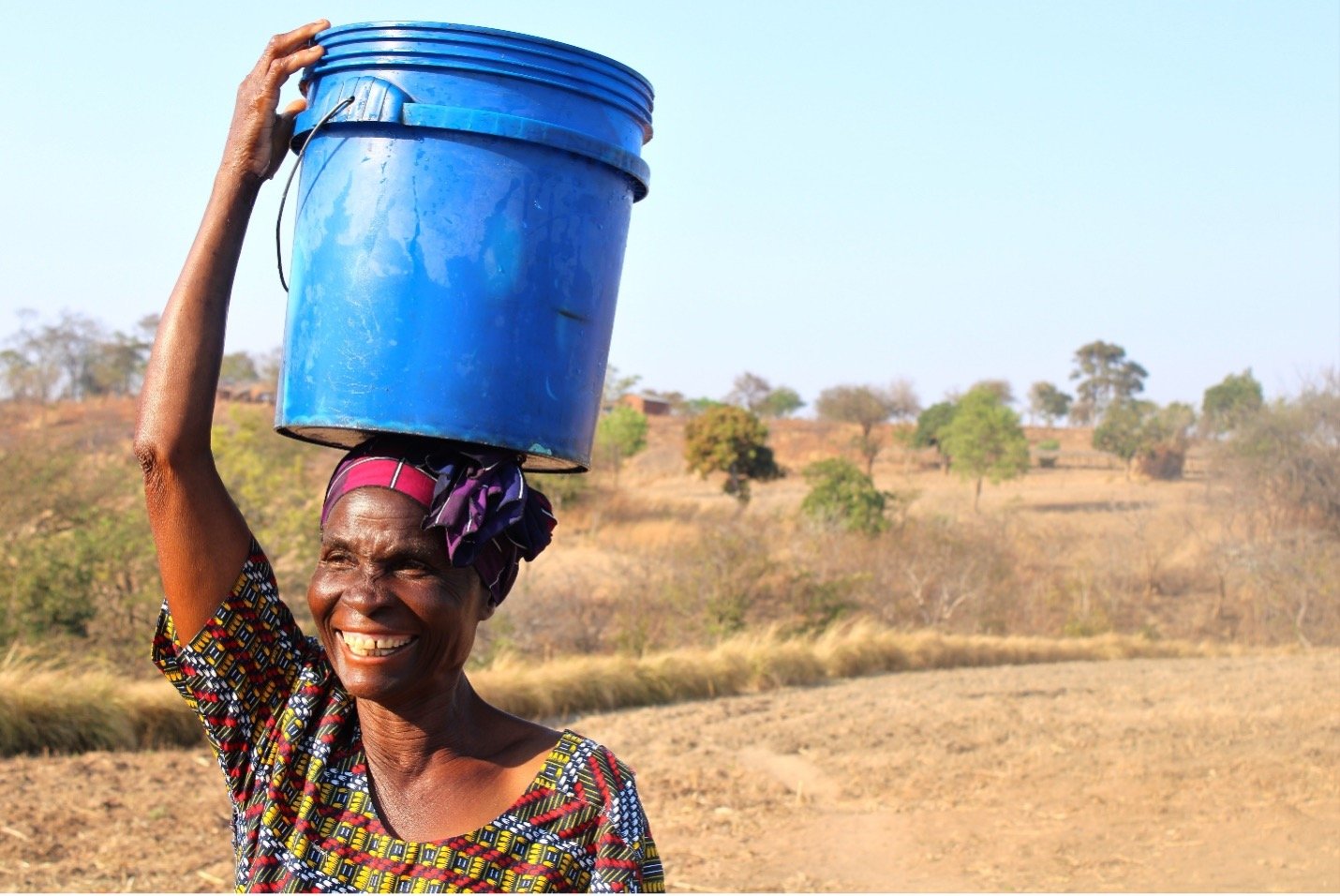 Margaretia told us, ” I now carry a bucket of water with pride.” 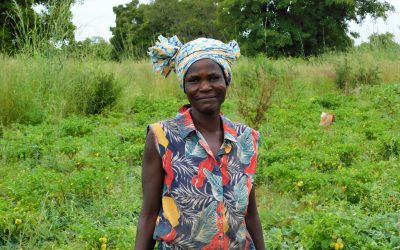 Yamwaoga Sam, 40 years old, has lived a difficult life. She has been mute since she was a child,...

END_OF_DOCUMENT_TOKEN_TO_BE_REPLACED 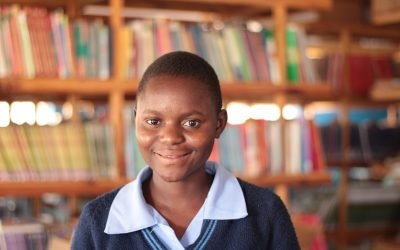 Veronica Zulu was in Grade 9, earning high marks and on a path to graduate high school. She was...

END_OF_DOCUMENT_TOKEN_TO_BE_REPLACED 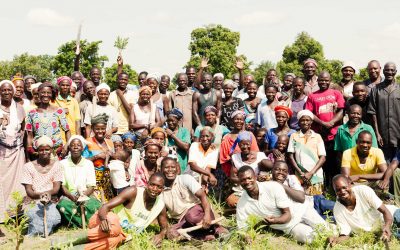 In the community of Komsnedego in Burkina Faso, the fight against climate change is real.  Each...